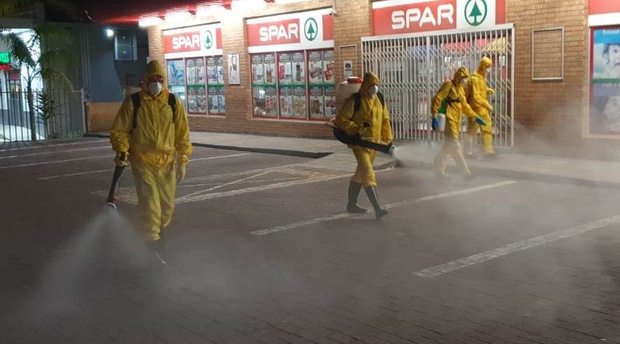 Realising that things are going to get very real, as lockdown due to covid19 is announced.

Since the 27th of March South Africa has been in lockdown due to the covid19 virus.

On the evening of the 23rd of March it was announced that the president would be addressing the nation. All day ever where you went you could hear snatches of conversation.... what would it involve.... how long would it last........is it really that bad.......isn't it just like flu........there were so many question. We had seen first hand how seriously the South African government were taking the situation. Here in St Lucia we had a group of tourists arrive from the Kruger. They had been tested because they were showing symptoms, but had decided to continue with their holiday rather than wait for the results of their test. Luckily we are a very close community here in St Lucia and have a very hard working town committee who tracked the party of 6 down and placed them in immediate quarantine, tracked their movement in the town, closed all the establishments that they had visited and set about sanitizing on a major scale.

We tried not to think about what would be announced that evening and kept busy looking after our guest a lovely french couple on their honeymoon - they will certainly have a story to tell if they have children - as the time approached we tuned into the news only to be told that the president had been delayed, part of me decided that this was good news as surely he wouldn't keep the nation waiting if it was really important.........

I don't remember everything that was said that evening and even though we had been watching other countries around the world close their borders and cancel flights I think part of me still hoped that somehow it would miss us. I do remember Simon and I looking at each other and saying well that's it then - lockdown. Friday the 27th of March no one would be allowed to leave their homes except for essential shopping, no exercise, no walking, no visiting the beach, stay home.

Over the next few days our main concern was our guest they needed to get home before lockdown, would there be flights would they even be allowed to travel to Johannesburg, a 7 hour drive from St Lucia. After many phone calls to the French embassy and the slow realization of what lockdown would actually mean it was decided that they would leave us on the morning of the 27th and drive to OR Tambo airport in Johannesburg, where there was a flight due to leave that evening. Their actual flight was only scheduled for the next day, but by then South Africa would be in full lockdown and they would not be allowed to drive to the airport, we then heard that no flights would be allowed to leave after the 27th. As they left us that morning it a hush fell on Bhangazi Lodge for the first time since we had taken ownership in August 2018 we were totally alone, no guest, no staff.

Our french guest made it onto the last flight out of South Africa and made it back home safely.